60th Anniversary of the Corvette

It was sixty years ago, to the day, when you [Corvette] first came to this world, exciting and new – a one of a kind thing that the world had eagerly waited for. America was changed that day, by the creation of an icon and the beginning of a legacy. And America was changed that day because over time, people loved and hated you, sometimes at the same time. Today, you are 60 years old, which is a proud age for someone of your kind. We are looking forward to seeing what comes now, maybe even for the next 60 years. 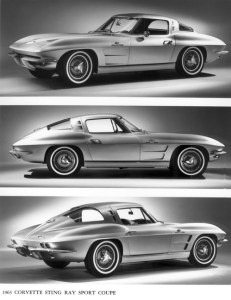 The  Corvette started as a concept car in 1953 and was presented to the public at the General Motors’ MOTORAMA. The original design, a convertible, was designed by Harley J. Earl, who was also responsible for a variety of other design legends like Cadillac’s tailfins or the 1928 LaSalle Phaaeton. The first generation Corvette was produced until 1962. The second generation, starting in 1963, lifted Corvette’s reputation anew and catapulted the car in the legend’s club: the legendary stingray design, available as both coupe and convertible, elevated the car to what became one of the most distinct collection cars in the world.

The Stingray was in production throughout the 60s and 70s, what roughly can be considered the second and third generation of Corvettes. In 1984, Chevrolet launched a completely redesigned version as the fourth generation. Production was originally scheduled to begin in 1983, but quality issues resulted in low output and no sales for the year. The new design was in production until 1996 and constituted a significant departure from previous design paradigms. The Corvette seemed to become more mainstream. 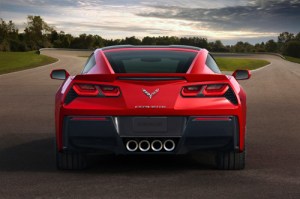 Corvette consistently tried to reinvent its sports icon over the last decade. In 2004, the last model with concealed headlights went out of production and the newest Corvettes show distinct lines and an aggressiveness that models since the stingray had been missing. The 2014 model, with new aerodynamics in the front and a more compact chassis, seems to be a promising way to transition Chevrolet’s legends from what today is considered an “old man’s toy” to an aspirational car for younger demographics. Looking at the car, it becomes apparent that Chevrolet is trying to reinvigorate the car that even Chris Perry, Chevrolet’s head of marketing, called the “car of the successful plumber.” Whether they succeed, only time will tell. Looking at the new model, however, we have to acknowledge the improvements and the recollection of traditional Corvette features. Chevrolet pays tribute to these original characteristics by again using the name “Stingray” for its 2014 model, which can also be considered a testimony to the intention of launching the current Corvette as a successor of the legend of the 60s. And the 6.2L V8 engine with approximately 450hp can be considered a good start. It will catapult the gentlemen out there from 0 to 60mph in a little less than 4 seconds. And that’s pretty good for 60 years in the making…

It is great to see the old Corvette become younger again. Rejuvenated, we strongly believe that the old lady of American sports cars can be successful for a lot longer – perhaps even another 60 years.