“The concept was very simple.  We found that the modern Gentleman, as an idea, is ungrounded.  It has been eroded, materialized, sensationalized, cheapened by fashion conglomerates, and lost in literary history.  We wanted to find that idea and bring it back in a way that is simple, helpful and educational.” 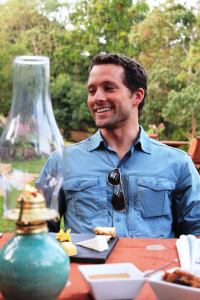 Kalen is a native of Charleston, South Carolina and received his BA from Furman University in Greenville, South Carolina.  He lived and worked in East Africa for a time afterward, followed by returning to corporate America and moving into marketing and health care.  His travels have taken him across Europe, Asia, Africa, the Middle East, and the Americas.  He recently returned to healthcare after completing his MBA at Vanderbilt’s Owen Graduate School of Management.  There he served as the President of the Global Business Association and now lives in Nashville, TN with his lovely wife Clare and daughter Adair.

Back to The Team