A Gentleman & His Tea

Typically when we think of the average gentleman and a choice of beverage, we think of coffee; but for the gentlemen and ladies of the United Kingdom (God bless her Majesty) and of the Eastern realm, tea has historically served as the more traditional and popular alternative beverage.

Tea is an aromatic beverage made from boiling hot water and cured tea leaves, and was supposedly originated in China during the Shang Dynasty as a medicinal drink.  It was later brought to Europe by Portuguese traders and gained prominence in Britain during the 17th century.  The Brits later introduced tea to India to compete against the Chinese monopoly on tea. 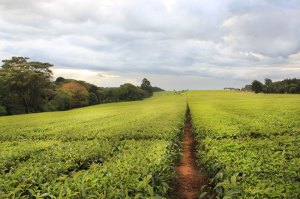 As a result of the British entrance, there are two principle varieties of tea: 1) the China plant, which is generally used by East Asians, and the 2) Assam tea plant which is used primarily in Indian tea.  The differentiating quality is the size of the tea leaves.  Tea can further be divided into at least 6 types: white, yellow, green, oolong, black, and post-fermented tea.  Although almost all tea types in East Asia stick to one type, teas in the West are primarily blends such as Earl Grey.  Similar to coffee blends, this is done to enhance aromatic flavors or to conceal poorer quality teas.

When it comes to ordering tea, it’s important to know the kinds of flavor profile most common to each geographic region and culture and the ways the tea is prepared.

Ireland: One of the biggest per-capita consumers of tea in the world, the average person here drinks about four cups per day and usually taken with milk and sugar.  The tea blend in Ireland is made from Assam teas and is slightly spicier and stronger than the traditional English Blend. The two main brands are Lyon’s and Barry’s.

India: The most commonly known tea of this region is chai.  While there are many types of chai, it is generally prepared by brewing black tea in a mixture of milk, water, and sugar with a mixture of Indian spices and herbs and then strained.  The spices are typically cardamom, cinnamon, cloves, ginger, and peppercorn.

East Asia: There are two primary types of tea in this region: green tea, which is more popular among Japanese and black tea, which is more popular among Chinese.  There are many different types of green and black tea with their own unique calling.  The differentiation is based not only on the different parts of the tea tree that are used, but also how they plant was grown, when and where they were harvested, how they were dried, and whether they are in powder or kept as whole leaves.

England: The two general types of tea blends consist of English breakfast tea and afternoon tea and are both made from black tea. Breakfast tea is full-bodied and robust designed to go with milk and sugar as your morning wakeup call.  Afternoon tea is a medium-bodied and blended to be bright and refreshing usually from a mix of Assam and Kenyan teas.  The popular Earl Grey is also known as bergamot tea because it is a black tea blend that also includes bergamot oil.

Back to Leaf & Drink