Graham Hill died on November 29th 1975, when his Piper PA 23-250, a twin-engine airplane capable of carrying a pilot and five passengers, crashed in North London. With the plane crash, England (and with it the whole World) lost one of the greatest Formula One racers and most certainly one the most glamorous and dashing personalities at the time. 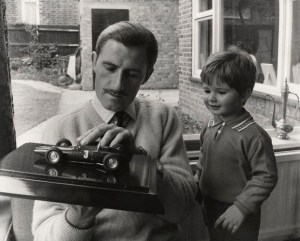 In his career, Graham Hill won 2 World championships, 14 races, and 36 placements on the podium. Most notably, Hill won the Grand Prix of Monaco three years in a row and in 1966, Hill was part of the “British Invasion” of racecar drivers to the United States, when he won the Indy 500 on his first try.  With the prize money he won with his Indy 500 victory – more than 165,000 dollars – he would go on to buy the plane that would eventually be his doom.

Before his successful career in car racing, Hill served in the Royal Navy. It was there were he started his first successful career as an athlete when he took up rowing at the Southsea Rowing Club in Portsmouth and later, back in London, at the Auriol Kensington Rowing Club. Over time, Hill then moved to one of the oldest and most prestigious rowing clubs, the London Rowing Club. He competed for two successful years, winning twenty spots in finals and eight gold medals.

Racing, in the 1950s and 1960s, was a different sport than the modern Formula 1. Drivers used to be more involved in the nitty-gritty, the more messy tasks of the behind-the-scenes mechanics than the professional pilots of the modern circus. Often, drivers would drive their own cars to the track, towing their racecars on a trailer. Hill, like other stars of his time, was therefore much more than a pilot in the modern sense; he was also a mechanic, a technician, and a developer. 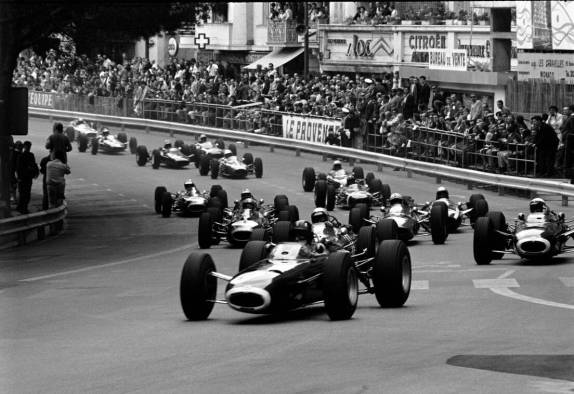 As an ambassador of style, Hill was famous for his iconic sideburns with the pencil thin mustache and the sleek, combed back hairstyle. Even after a full race of 60 laps under a helmet, Hill’s haircut would be perfectly put together. He would combine his signature style with the fine sense of fashion inherently to an English gentleman. When not wearing a racing helmet, Hill could here and there be seen sporting a flat cap. Rarely any picture of Hill shows the legend without a tie, even during playtime with his children. Through his attention to detail, Hill established himself a prime example of a gentleman; he would leave an impression no matter what he wore. Of all the various styles, however, the high buttoned, double-breasted navy peak lapels remain true classics.

Graham Hill’s son, Damon Hill, eventually reached his very own fame as a Formula 1 driver, winning the 1996 World Championship, preventing the hat-trick of Michael Schumacher, who would eventually become the most successful driver of all times.

When you have some time to sit back and enjoy a great speed documentary, watch BBC’s take here:

One thought on “Graham Hill”