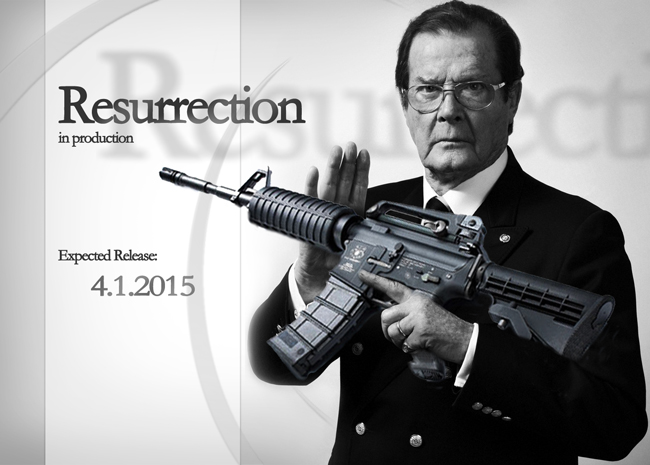 MGM has just recently let loose several details around the scheduled 2015 release of the next twist in the Bond saga.  As Skyfall, which boxed over $1 billion worldwide by the close of 2012, harkened back an overdue nostalgia for the “golden years”, recent developments have given rise to continuing such a transition to their former audience.  007 Loyals (particularly between the ages of 51 and 75) showed keen interest in the return to their glory days, and MGM has therefore decided to complete the transition.

Roger Moore, still a vibrant and audacious senior, has been tapped on the shoulder to stand in for the declining Daniel Craig.  Hailed as “the greatest Bond of all time”, Moore is believed to hold great promise for a comeback that even Connery could not achieve in Never Say Never.  Resurrection (title pending) will bring back the Bond character who actually had a smooth way with the ladies that some feel Craig lacks.  He is also a returning icon for more mainstream activities of the nuvo-masculine who look to achieve a Bond physique through alternative routines like Hot Yoga, Boot camp, and Spinning.  Moore will be on his A game this time around as he has much to prove.

This shouldn’t come as a surprise to many, as Moore has often reflected on his mastery of the 007 role: Read Bond on Bond 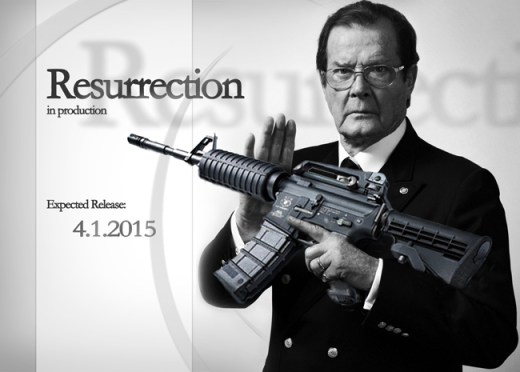