The Art of Dining: Chopsticks

Sun Tzu: The Art of War

A Gentleman is tactful… and tactical.

Well, that’s true. Many people are aware of that quote but may not know that its origins lie with Sun Tzu, a famous military strategist and general of ancient China.

Now, you may ask yourself “Why is someone like Sun Tzu appearing on my favorite source of style advice – the Gentleman’s Digest?” 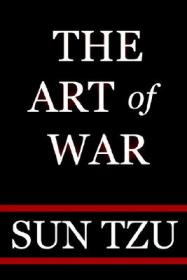 Well the answer is simple: Sun Tzu was not only a strategist and general, but also a philosopher, scholar, and a bestselling author. And of course he was a real gentleman. A genuine “man’s man”, so to speak. While much is unknown about his birth and upbringing, his legacy remains in his famous book, The Art of War, and his numerous victories on the battlefield during the Warring States period of China (before 221 BC).

Beyond his life, his work influenced many future generals, not only in China, but also in Japan, where his works contributed to the unification of the nation.  America’s defeat during the Vietnam War was partially attributed to Sun Tzu’s teachings used in defensive strategies, as well as the conflict brought greater attention to his work.  Today, the Art of War is listed on the Marine Corps Professional Reading Program and its teachings were utilized by General Norman Schwarzkopf and Colin Powell during the Persian Gulf War.

While the teachings of the Art of War were primarily designed for warfare, it has also many applications in the business world, for legal strategy, and – of course – in the life of the modern gentleman.  Much of the text is about how to fight wars without actually engaging in battle by outsmarting your opponent.  Sun Tzu advocated for war only when absolutely necessary and believed that the war avoided, especially with a weaker opponent, was the best strategy.

A gentleman should also exercise this philosophy in his life to engage when no other options have been exhausted and to engage with the appropriate strategy given a gentleman’s strengths and weaknesses relative to his opponents.  A true gentleman demonstrates his worth not through the number of engagements, but more significantly his victories earned without actually engaging an opponent.  Perhaps just as important, as Sun Tzu also writes, is to give your opponents an honorable exit option if you must engage them.

Now, that’s something worth noticing.