Sun Tzu: The Art of War

As spring descends upon him, the ever-prepared gentleman may start to redefine his preferred ride du saison. Were he to consult a knowledgeable automotive broker, his eyes and pocketbook may very well be drawn to this – the forthcoming Jaguar F-type roadster. Cognoscenti will know that this is a bold move by the manufacturer, which has named the sexy roadster with nomenclature evoking perhaps the most famous road car in Jaguar’s history and one of only six cars to be featured in New York City’s Museum of Modern Art (see Jaguar E-type). 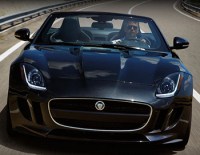 It took Jaguar, the 90 year old British-now-affiliate of the Indian Tata Motors, a little more than 40 years to come out with a successor of the company’s arguably most successful car. The E-type was sold more than 72,000 times between 1961 and 1974 and therefore was the second longest-running sports model in the manufacturer’s history (behind the XJ-S). 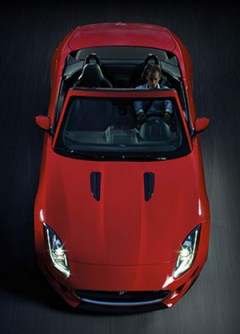 After the success in the 1960 and early 1970, Jaguar seemed to be unable to capitalize on its success and both Italian and German
competitors, such as Lamborghini, Ferrari, and Porsche, increasingly marginalized the brand’s sport models.

With the 2013 launch of the F-type, however, the company continues what Jaguar started with its 2006 launch of the XR, a visibly more aggressive sports car. The design similarities to Aston Martin are obvious, not only because the head designer, Ian Callum, also was responsible for Aston Martin’s DB7 and Vanquish.

Furthermore, the return to single alphabet letters indicates Jaguar’s intention to tie the F-type in with its glamorous seasons of history. That of course raises the expectations and the shoes to fill become frighteningly big. So, the stakes are high, but the gentleman does not fear the leading edge – and this Jaguar is sure to satisfy his core values of individual style, function, design, and masculinity.

Ultimately, we are optimistic about this – hopefully triumphant – return of the convertible legend in this new outfit.  Should you get the opportunity soon, good sir, by all means let us know how you enjoyed it.

And a little fun…

*Images and video from Jaguarusa.com