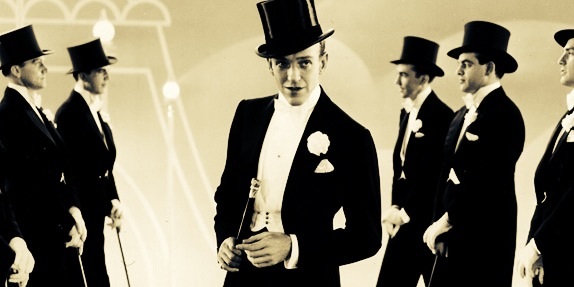 White tie, of formal wear, is considered today’s peak of the dress code pyramid. Only the rarest and finest events demand an attire like white tie. Therefore, you should put some thought into your wardrobe for such an event. 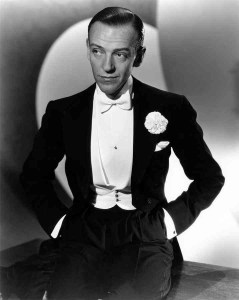 Of course, it is not particularly likely that you could ever justify a purchase of a full white tie arrangement. If you are, however, a member of one of the guilds of London, a common guest at the White House, or even if you have the intention of marrying five times (no judgment, here…), you may want to consider the purchase of a tailcoat.

First of all: today, you don’t wear a top hat anymore. Top hats were an everyday commodity at the end of the 19th century, but were not specifically worn for festive occasions. Back then, a top hat was pretty much was today’s umbrella or fedora is: an accessory you would put down at the wardrobe counter and pick back up when you leave.

For our purposes, white tie consists of the following items:

Trousers: similar to tuxedo trousers, your black pants want to have a black satin stripe running along the outside leg.

Shirt: use a white formal shirt with a starched front. Just like a tuxedo shirt, the white tie shirt can have different collars.

Cuffs: these are a rare breed in modern times. Similar to the notion that cuffed pants are less formal as they were done in such a way as to protect against mud and rain, the French cuff is less formal than what we need for white tie. This is a single cuff (still clasped via cuff links).

Studs: to each his own, but silver and other lighter colors are a good alternative to the standard black.

Bowtie: of course, this will be white.

A general word on accessories:

Note that, unlike with your tuxedo, you do not accessorize significantly. For special occasions, there might be the need to wear a carnation with your white tie, but generally, you should keep it very simple. No pocket square is needed with white tie (some tailcoats don’t even have a breast pocket) and your cufflinks should be white as well.

Back to Style: by Occasion

One thought on “White Tie (Formal)”