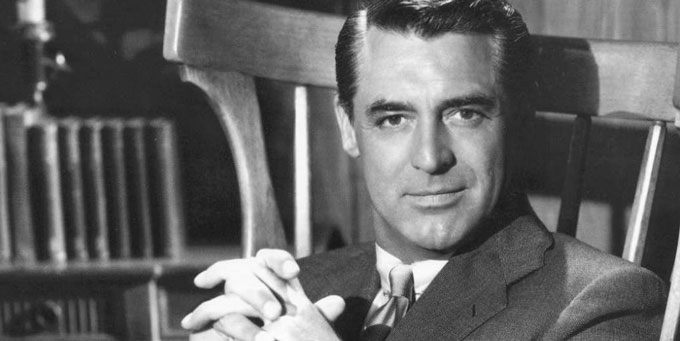 Do you know who said that? Yes, correct: it was Cary Grant. The British actor, originally named Archibald Alexander Leach, was born in 1904 and became one of the most demanded stars of the late 1930s, 40s, and 50s.

Grant came to the United States after a troubled childhood in the UK, where his mother suffered from depression after the death of a previous child. He arrived on Ellis Island, where he was processed on July 28th, 1920.

Grant began his career as a vaudeville actor, eventually moved to Broadway, and ultimately ended up in Hollywood in the early 1930s. Grant’s rise to stardom was sealed through collaborations with Hollywood’s great females, particularly Marlene Dietrich and Mae West. At their side, he would eventually establish himself as a guarantor for success in light or romantic comedies. Having a strong female counterpart was a theme throughout Grant’s career. In the later 30s, it was Katherine Hepburn and later he starred besides household names like Doris Day, Ingrid Bergman, and of course Grace Kelly. 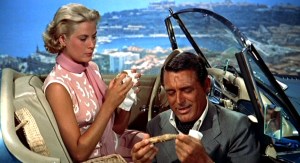 Over the years, Grant became an almost super-human icon of style and sometimes even the most peculiar fashion items received a popularity boost because of Grant’s on-screen appearance. Among the most notable outfits is certainly the Breton shirt and handkerchief in To Catch a Thief or the famous three-button suits with broad lapels. Also, Grant was featured in advertising of a variety of men’s fashion items, such as the driver-loafer hybrid of Tod’s.

Grant seemed to perfectly understand how to emphasize his features with fashion. The broad lapels mentioned above, for example, worked in perfect harmony with his facial features, offering a symmetric and well-rounded picture. Grants contemporaries with a seemingly skinnier complexion, such as Frank Sinatra or Fred Astaire, would not be able to wear broad lapels to the same effect; Sinatra, on the contrary, would increasingly resort to slimmer, notched lapels. Astaire, on the other hand, embraced the contrast and would make a virtue out of his slender almost boyish look.

Grant’s arguably top five movies that should not be missing in any gentleman’s movie collection:

Throughout his career, he was nominated for two Oscars and five Golden Globes. While he would never win any of the trophies for an individual performance, he ultimately was awarded an honorary Oscar in 1970. And who – appropriately, we must add – presented him with the trophy? Mr. Frank Sinatra. 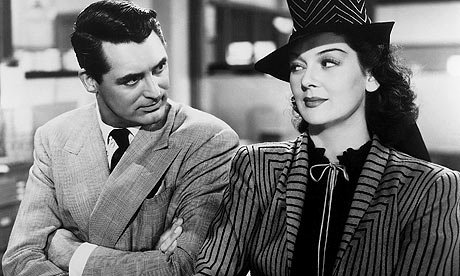 One thought on “Cary Grant”